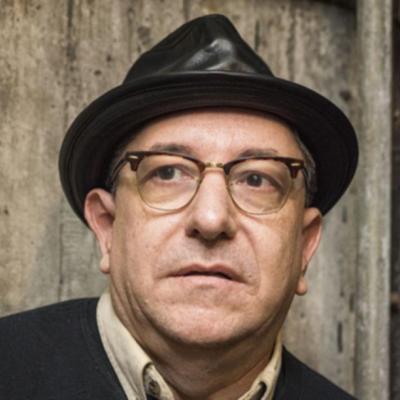 Grant was born in Toronto, Ontario, and from an early age was brought up in a hockey culture. Every Wednesday and Saturday night his family watched Hockey Night in Canada and cheered on the Leafs. “You can come over this Saturday, but I want you to know one thing, the hockey game will be on,” his father often told friends and family who wanted to visit. In 1972, Grant watched his boyhood heroes, Canada’s greatest players including Frank Mahovlich, Phil Esposito and Yvan Cournoyer, tackle the awesome Soviet juggernaut in an eight-game Summit series.

This series was a turning point in the formation of Canadian identity. Grant fondly recalls watching three of the four games from Moscow at school. Classes were dismissed to the library and gym, as young Canadian boys and girls cheered Canada to victory. Grant writes about this experience in his short story, “Hockey Canada.” Grant has written film articles on James Cagney and ethnicity for The Journal of Film and Video and the tabloid aesthetics of director Samuel Fuller for Film Noir Reader 2. He has also written a film resource guide, A Filmography of American History(Greenwood Press, 2002) for high school and college students and a collection of short stories, Parallel Lines and the Hockey Universe (Pocol Press, 2003). G. W. Clift writes: “Parallel Lines and the Hockey Universe" marks Grant Tracey as natural heir to Sherwood Anderson.  But, unlike Winesburg, Ohio residents, Tracey’s characters, all associates of the Traicheff brothers, are sociable and devoted to pop culture. Likable without being roguish, these guys live in worlds of asphalt and brick under a low winter sky. They worry over parental divorces, talk with great passion about Iggy Stooge (wonderful, sly comedy there) and Lenny Bruce and Humphrey Bogart, play junior league hockey in the upper Midwest, date strippers in small town Ontario, fall innocently in love, and understand that their grandparents’ emigration has made the honest, grinding work of the new world theirs and has made that ‘Euro’ speed skating and finesse foreign to them.

The book is massively complicated without being pretentious or difficult, in fact, Parallel Lines is a hoot to read – a hoot and several loud choruses of ‘All Right Now’ after a last-second goal slapped in from the blue line. Score!” Currently, Grant is Editor (Fiction) for the North American Review and Coordinator of Creative Writing at UNI. He is working on an article on The Best Years of Our Lives and the reintegration of the post-war veteran and a second story-cycle collection entitled, Playing Mac and Other Stories. He lives in Cedar Falls with his wife Karen and their three daughters, Caitlin, Elizabeth and Devin, and every Saturday at the Tracey household, like it was for a generation before, is still hockey night!